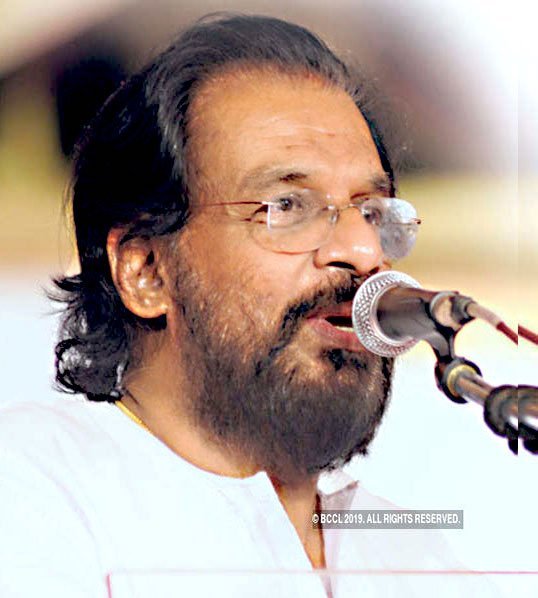 Anand is a good boy says Yesudas. His songs have moved millions and lifted many a soul from gloom and despondency. But Padmashri K J Yesudas is a sad man today.As his nephew, beleaguered fashion designer Anand Jon Alexander, awaits the sentence on cases of alleged rape and molestation, the singer fervently prays for truth to triumph in the end.

“Everyone realizes that the charges against Jon are malicious, false and fabricated. Most of the charges have been dropped. Yet, he continues to languish in the prison. I am saddened that the Indian community in the US has chosen to remain silent despite knowing that he’s a victim of racism and professional jealousies. Anand is a good boy,” he says.

Why does he think Anand is being targeted? “We all know how quickly Jon shot to fame on the strength of sheer talent and creativity. Just three days before he was incarcerated, he had received a plum offer, which would have put him in the topmost league. Obviously, there were people who couldn’t stomach the kind of fame, adulation and money that was coming Anand’s way,” he offers.

“I can’t question the justice system but my only prayer is that the judgement is based on truth. I want nothing to shake my faith in the basic goodness of human beings. If there is a God, we’ll know it. I only hope we can have our politicians, ministers, and the sizable Indian community i the States rallying behind Jon,” he pleads.

Finally, how does he feel about India’s show at the Oscars? “I’m right now in no frame of mind to talk about that. Let me just say it’s good that America is now recognising that there’s an immensely talented Bharat out there. Like everybody else, I too feel proud of our achievements.” Read more..